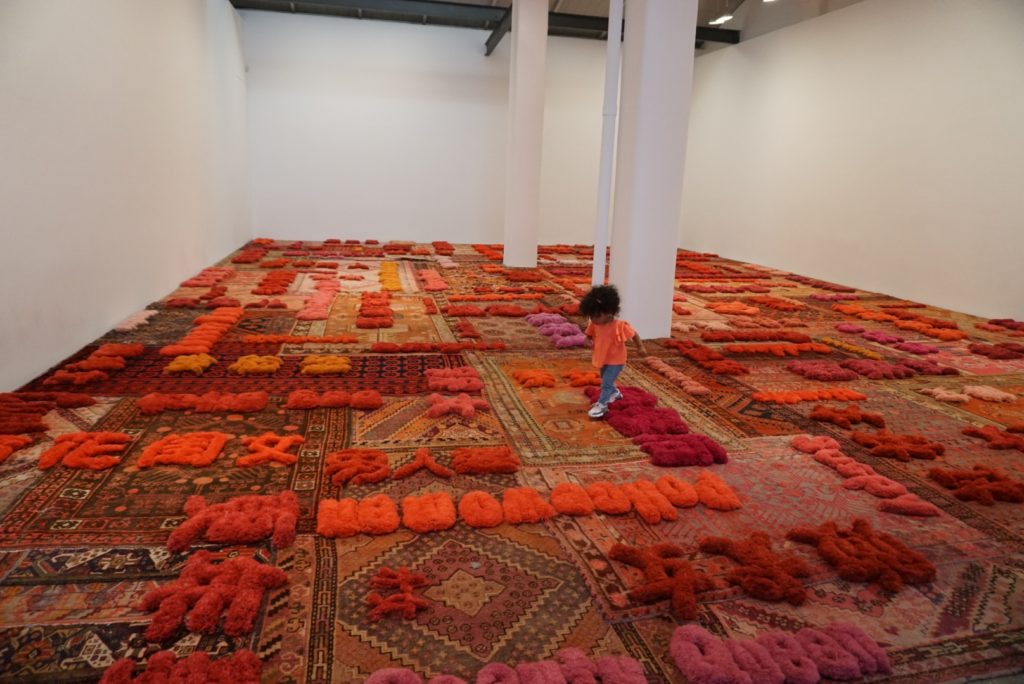 This post may contain affiliate links, which means I'll receive a commission if you purchase through my link, at no extra cost to you.

The other day we went to Galerie LeLong & Co. to check out the Protruding Patterns exhibit, which is such a cool exhibit.  I like to let AnnDrew explore things and do her own thing. She was running all around and touching all of the carpet layers. She then started laying on them LOL I had to quickly tell sis that that wasn’t the place for a nap. This exhibit will only be open from September 7 -October 21, 2017, so you better get there quick if you want to visit it.

A little background on this exhibit…

It is a solo exhibition of work by Beijing-based artist Lin Tianmiao that transforms the main gallery into woven carpets. Over the past six years, Lin has collected around 2,000 words and expressions about women in various languages. Pulling from popular novels, newspapers, the internet, and colloquial dialogues, she has gathered phrases such as “divinité,” “Mori girl,” and “leftover women.” Some are predictably derogatory to women, demonstrating the continued ubiquity of sexist attitudes reinforced by language, while others are directly recovered from obsolescence, representing the nuanced mix of confusion, humor, self-deprecation, and empowerment that accompanies the shifting consciousness of women. This lexicon is woven into thickly raised wool forms so that viewers can feel the visceral and literal protruding patterns while touching and walking on the carpets.

By making visible and tangible the various definitions of womanhood that transcend cultures and time, Lin creates an immersive platform to explore how women feel within their evolving societal roles. Meanwhile, the examination of feminine semiotics highlights the disparity that still remains between much-advocated gender equality and culturally embedded gender discrimination. Despite the subject matter of the work, Lin Tianmiao eschews the typical, Western label of a “feminist artist” given that the notion of feminism emerged from different social and cultural contexts within China and abroad.

The exhibition will also feature a selection of new paintings and sculptures in the adjacent gallery, which continue Lin’s exploration of “body language.” You can read more about the exhibit on their website.

Here are some pics we snapped of the carpet. 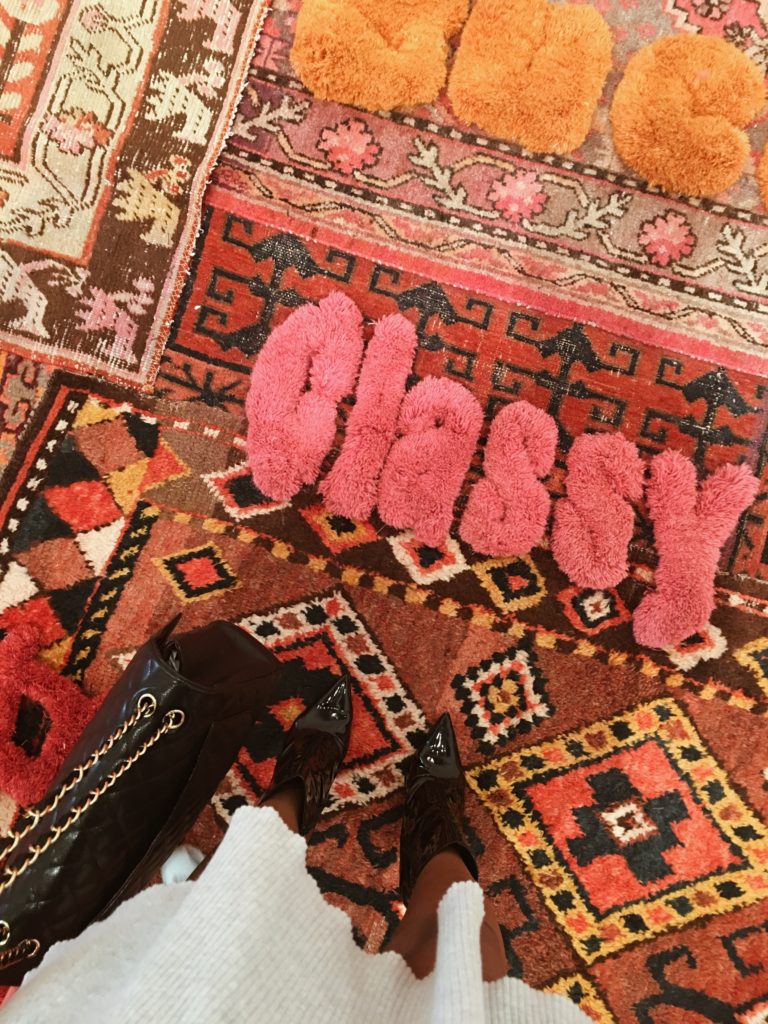 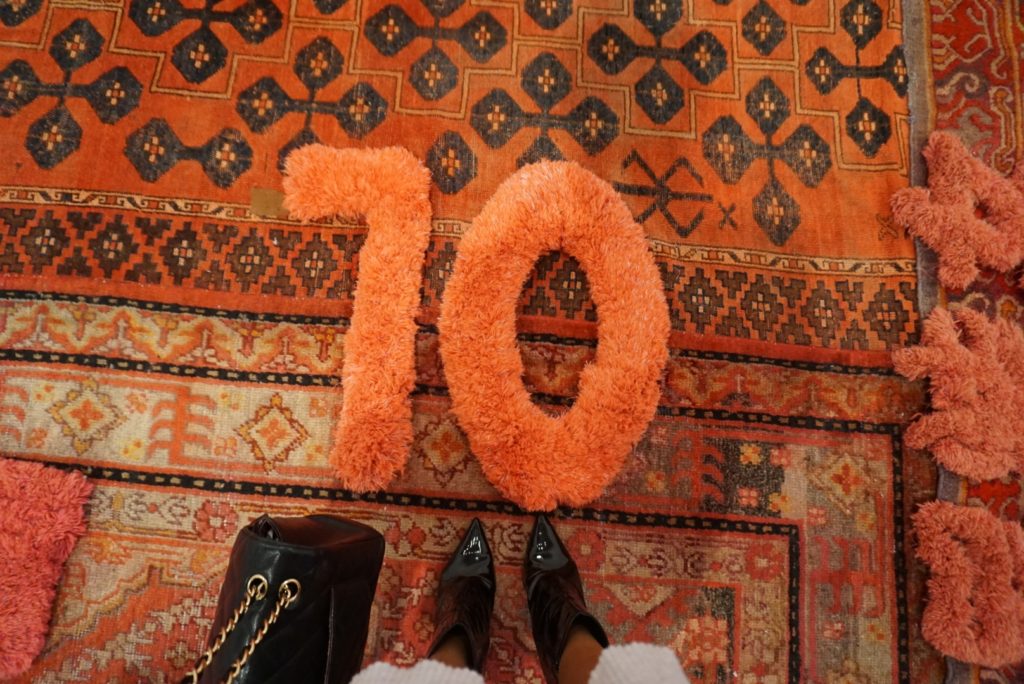 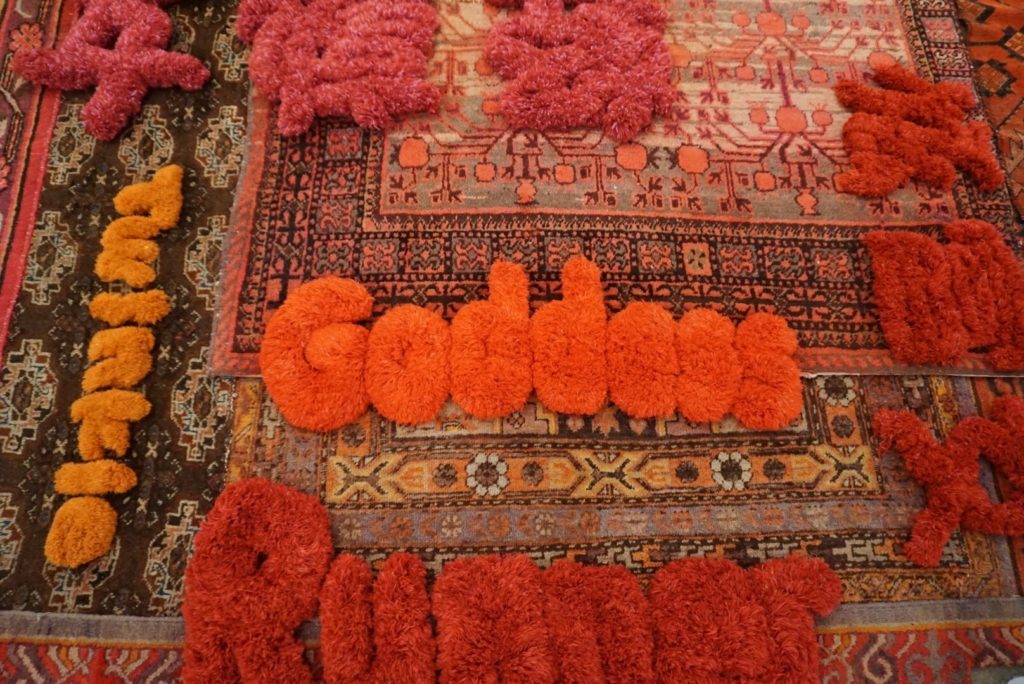 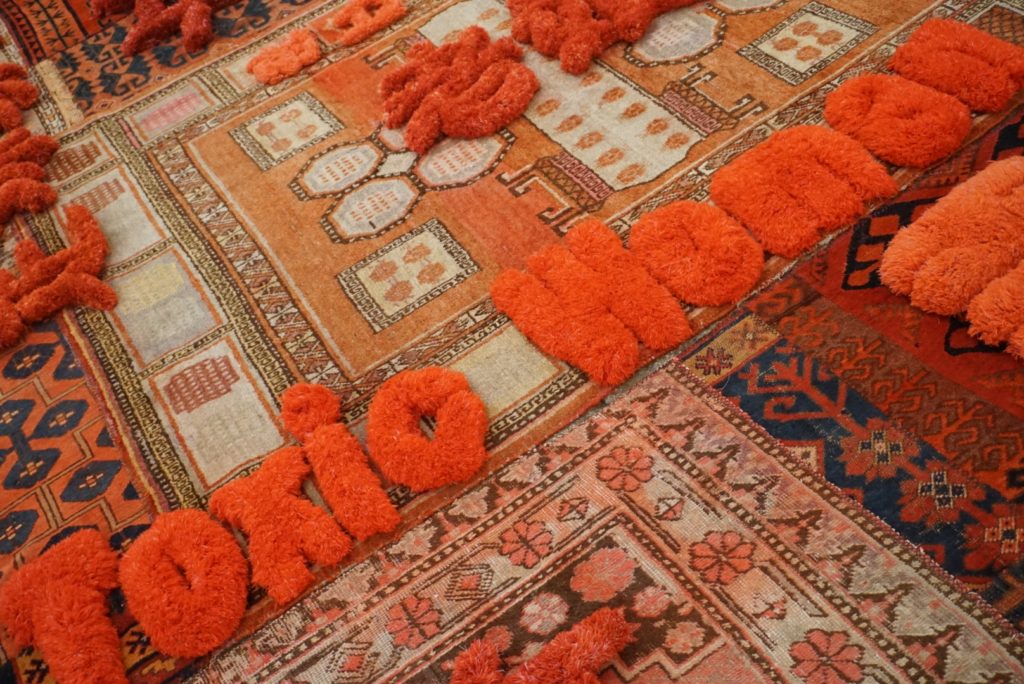 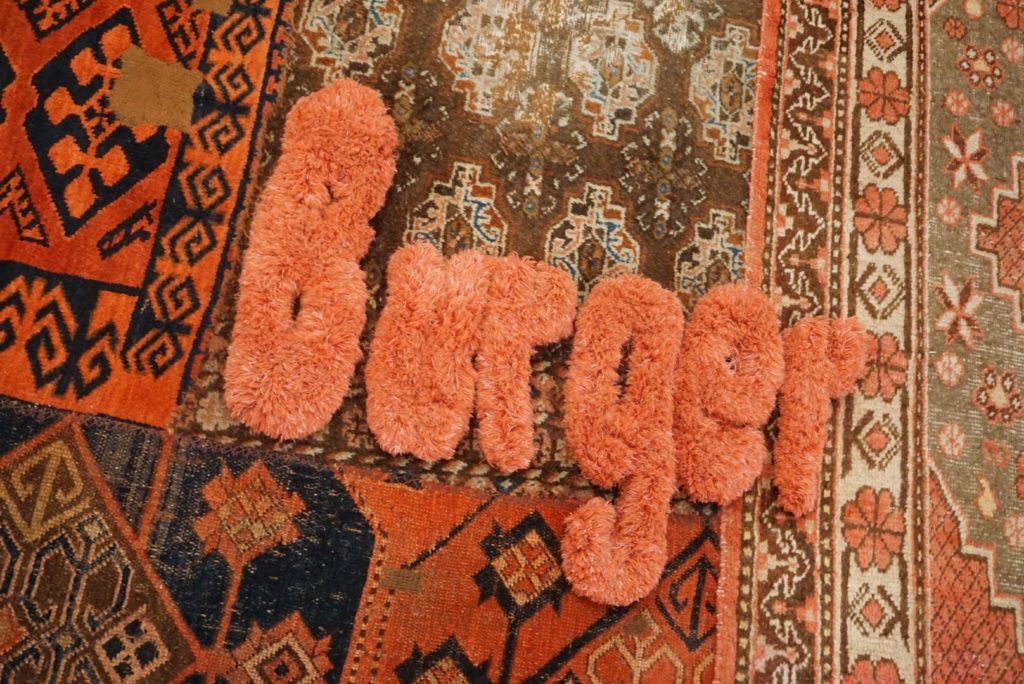 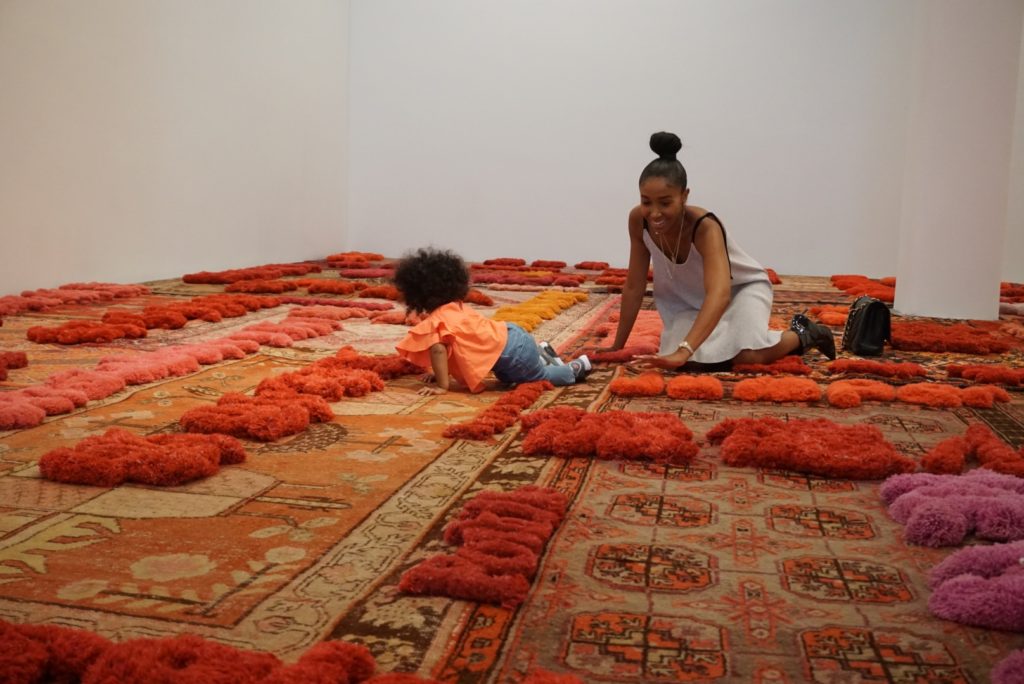 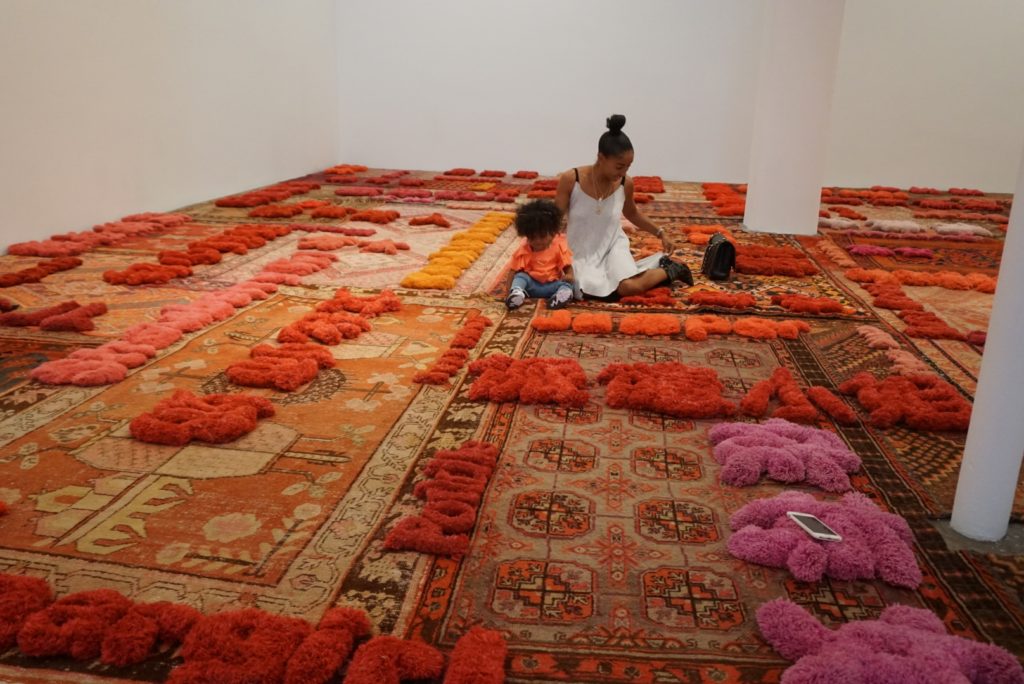 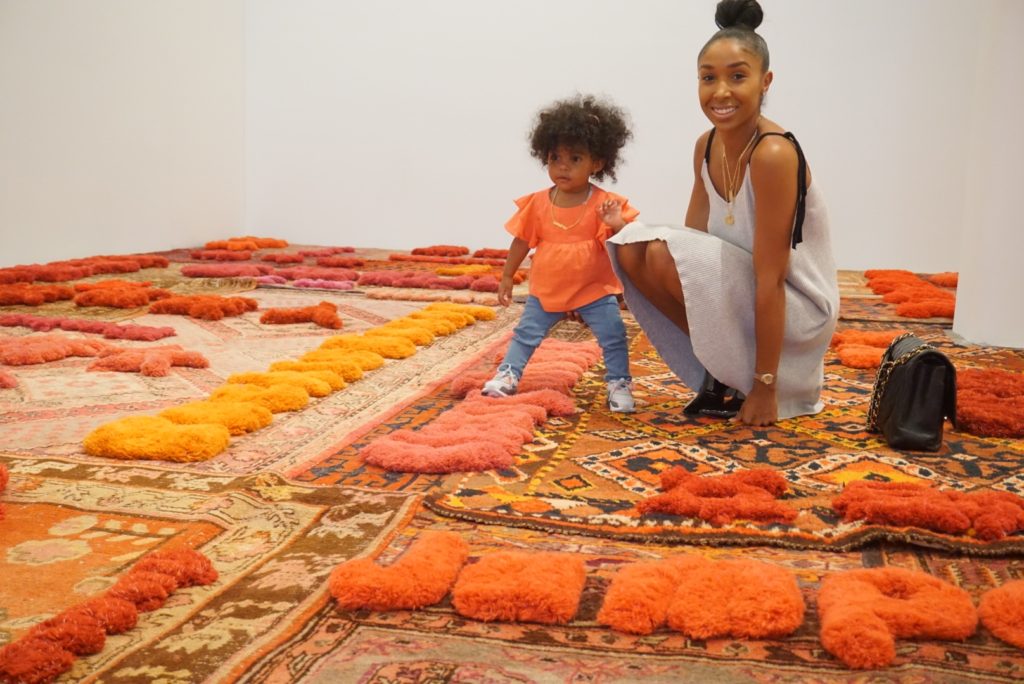 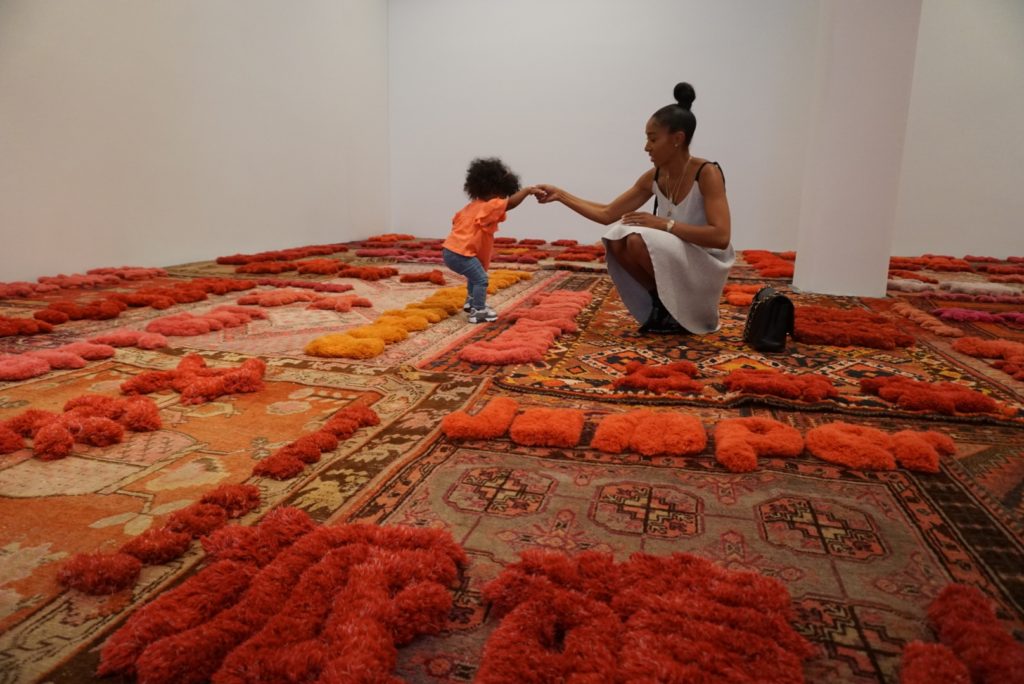 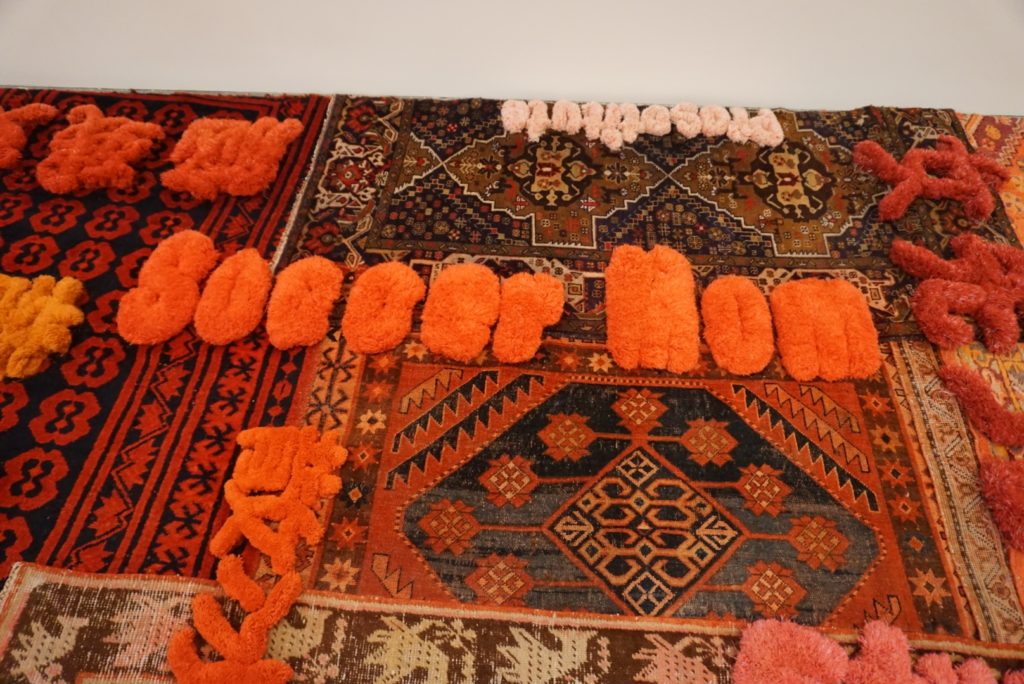 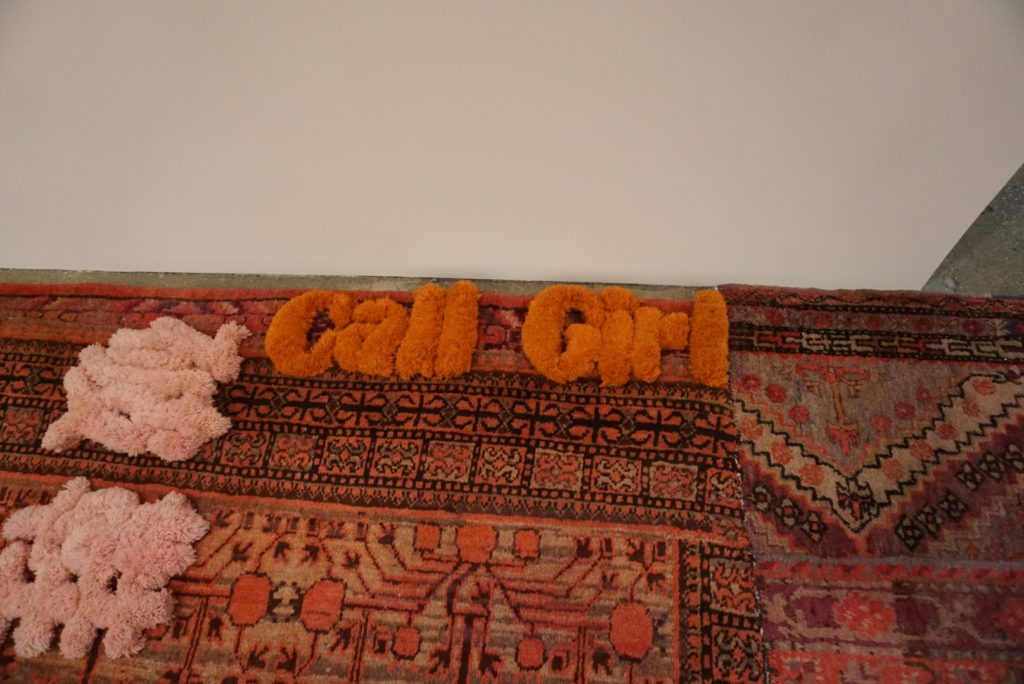 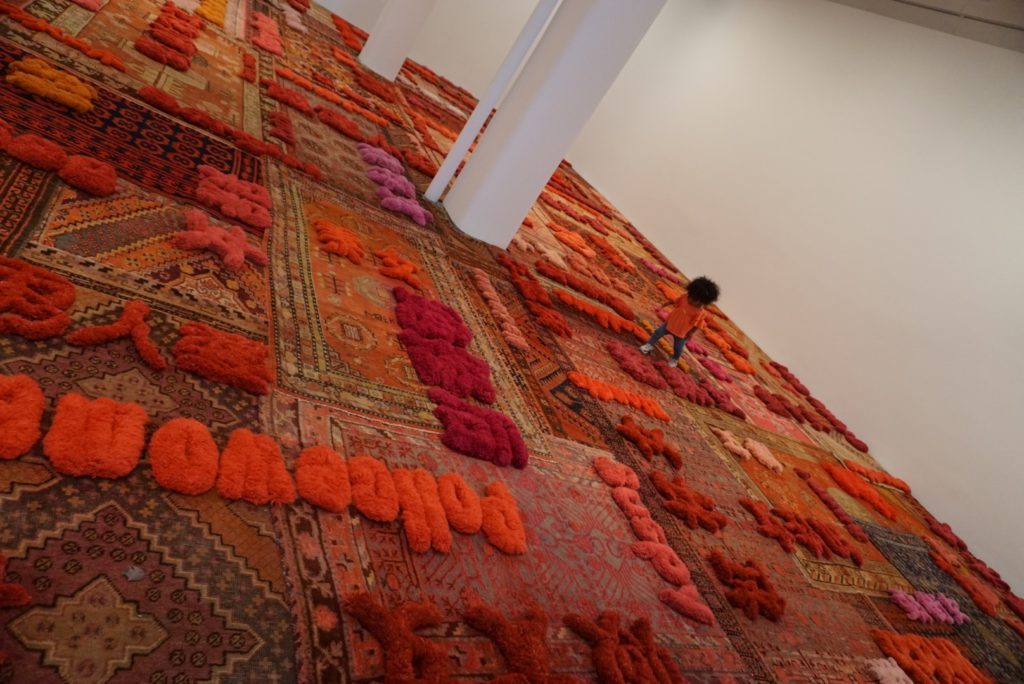 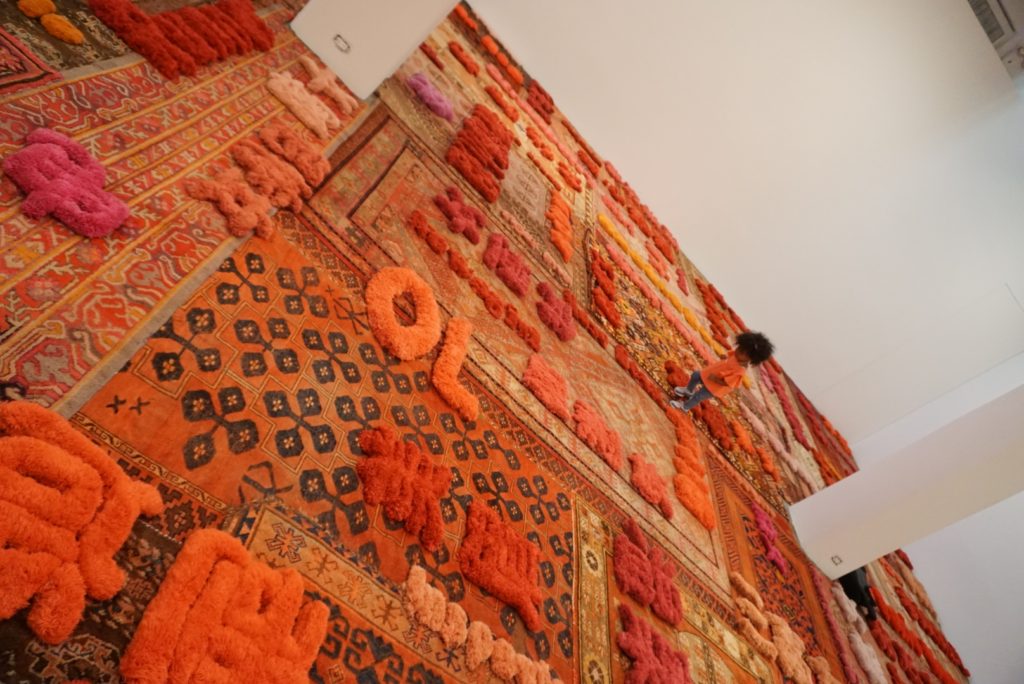 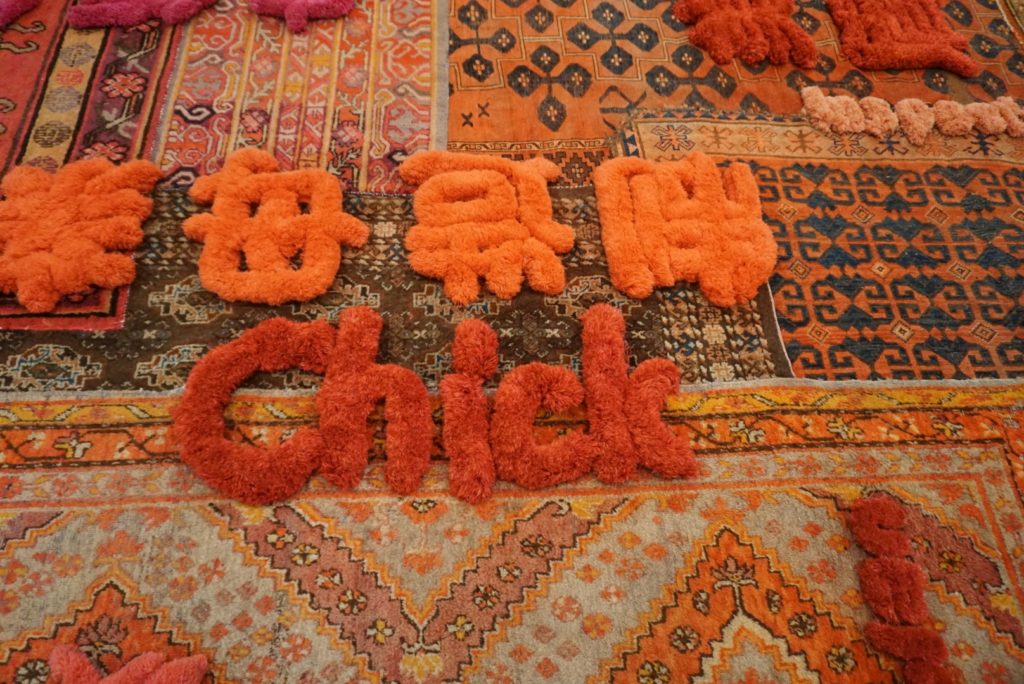 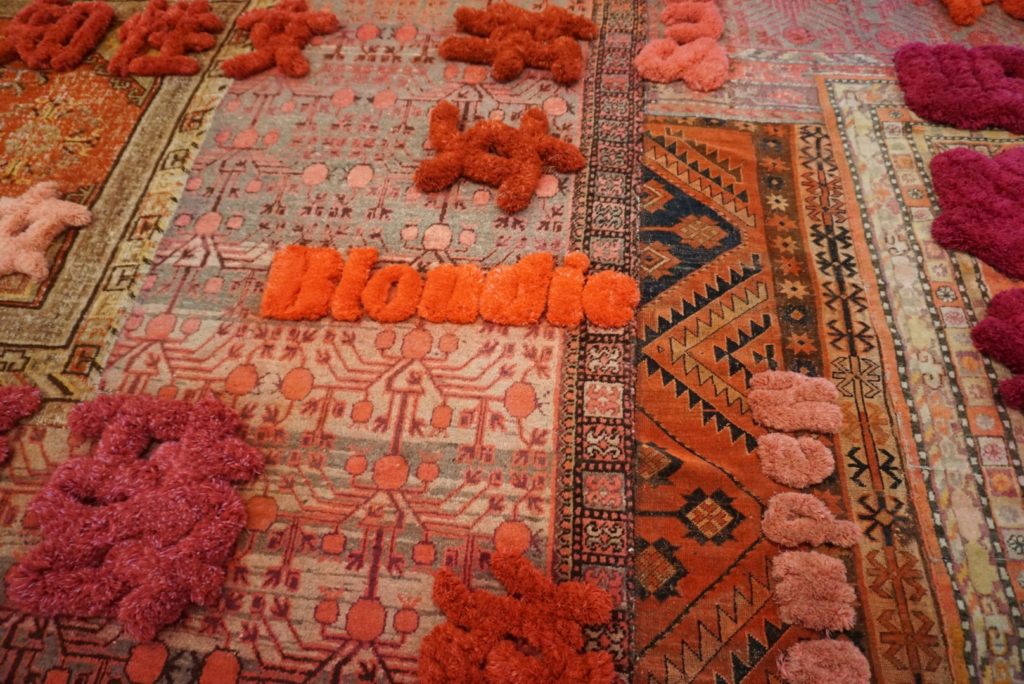 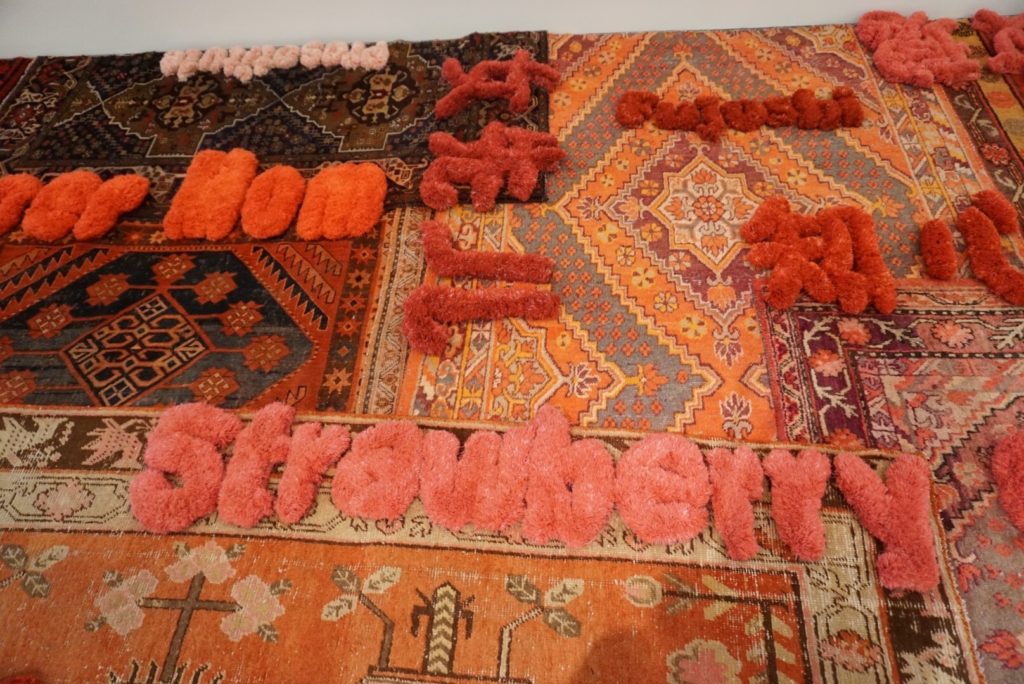 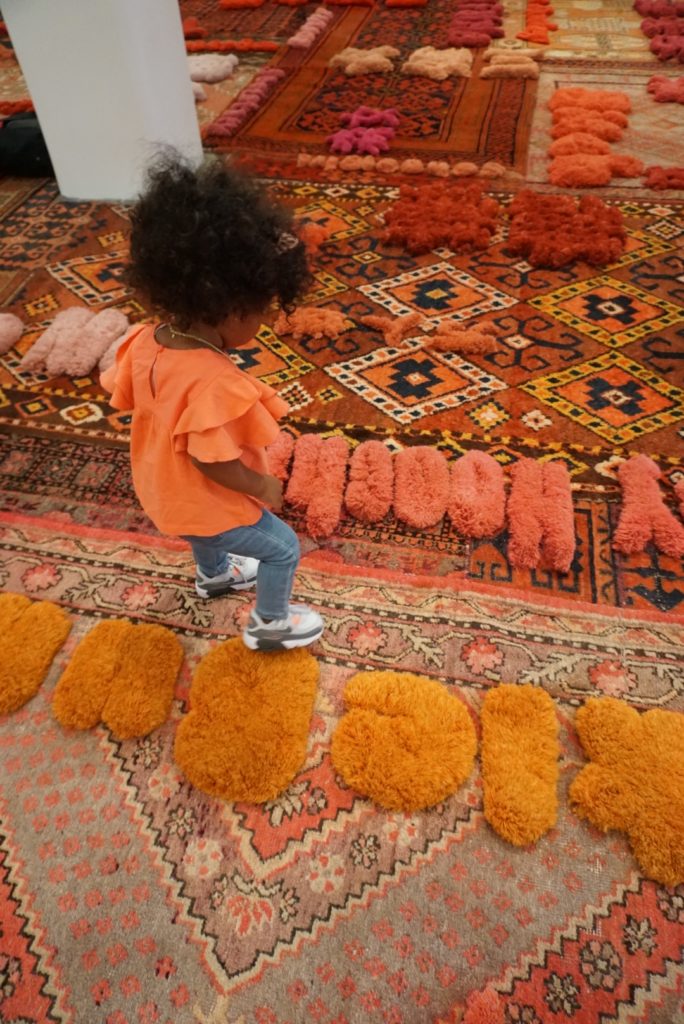 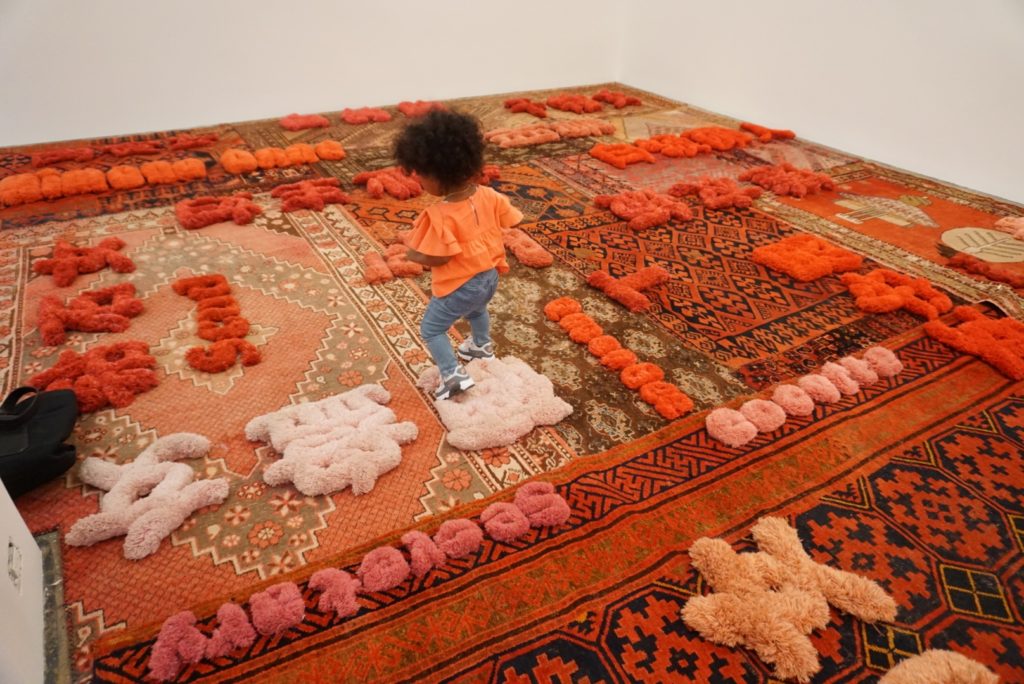 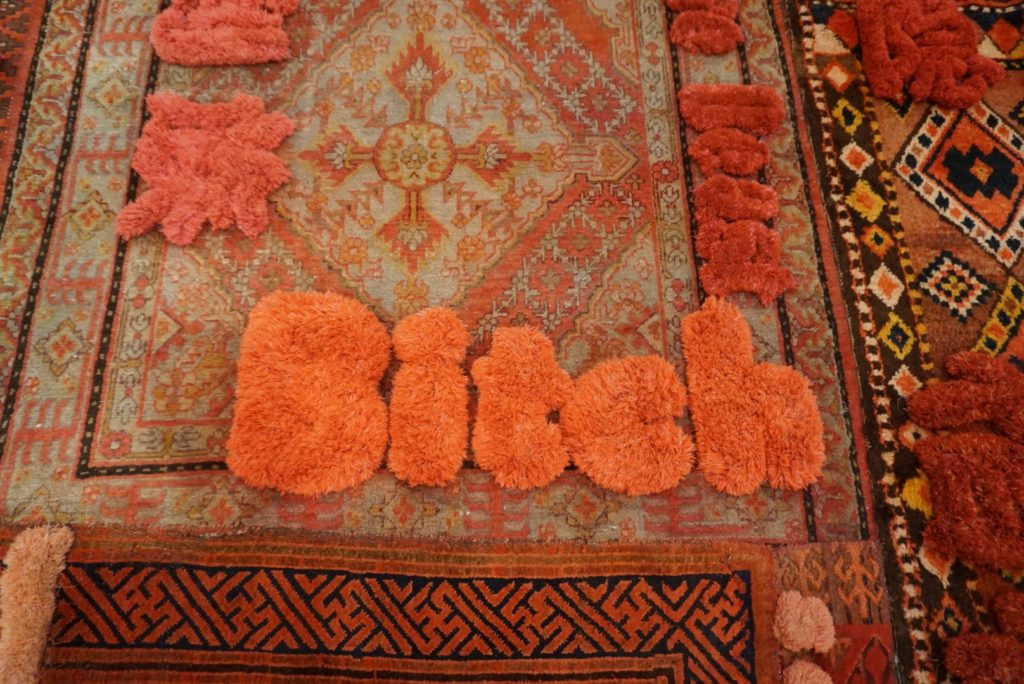 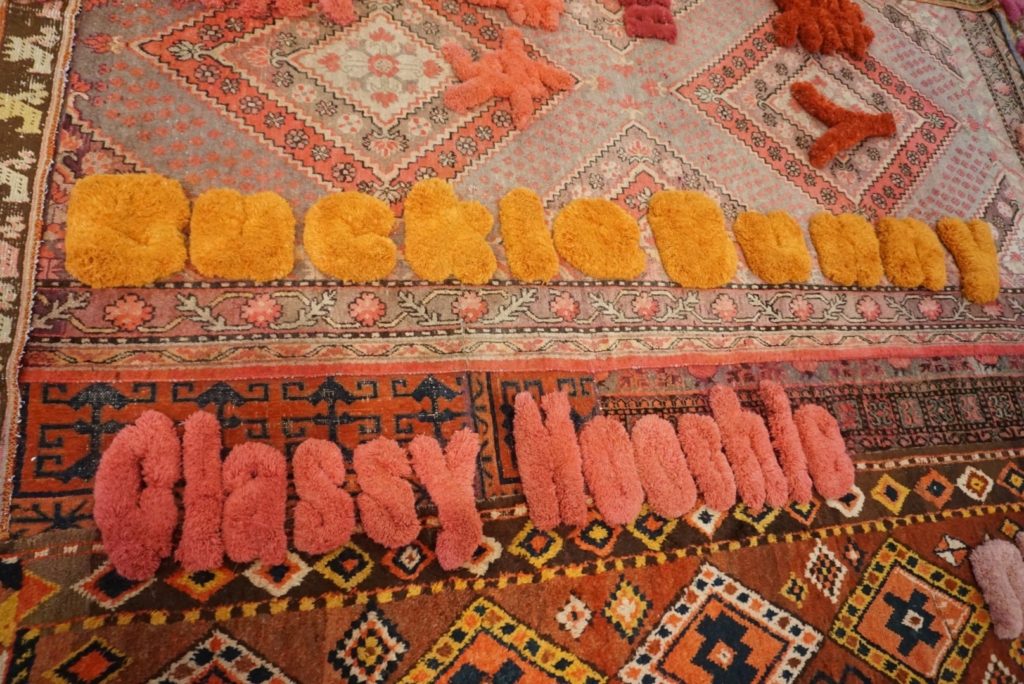 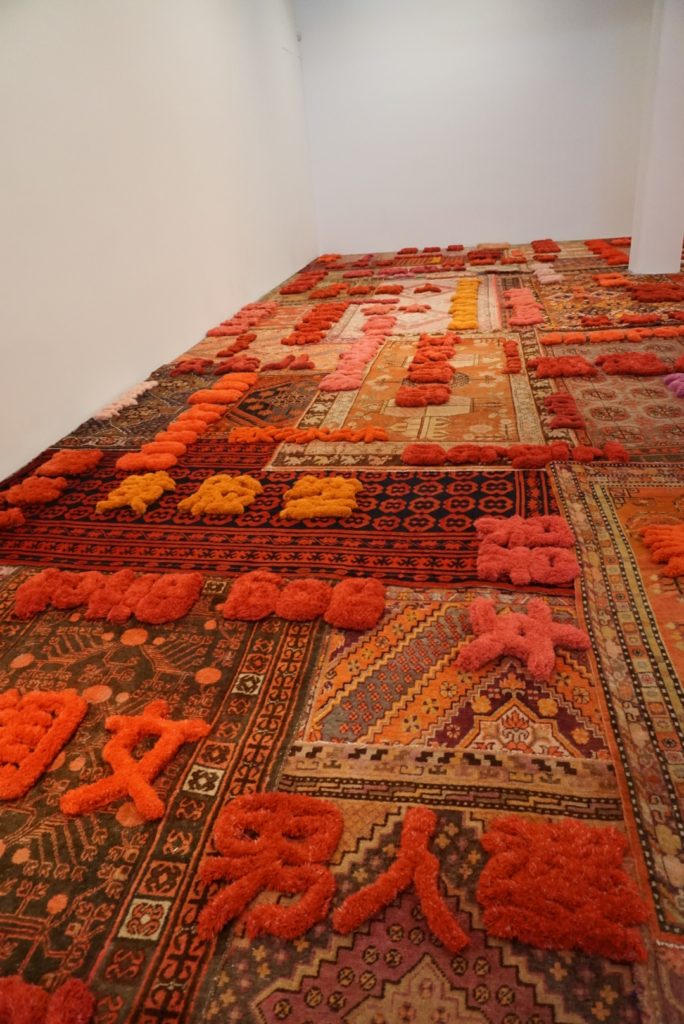 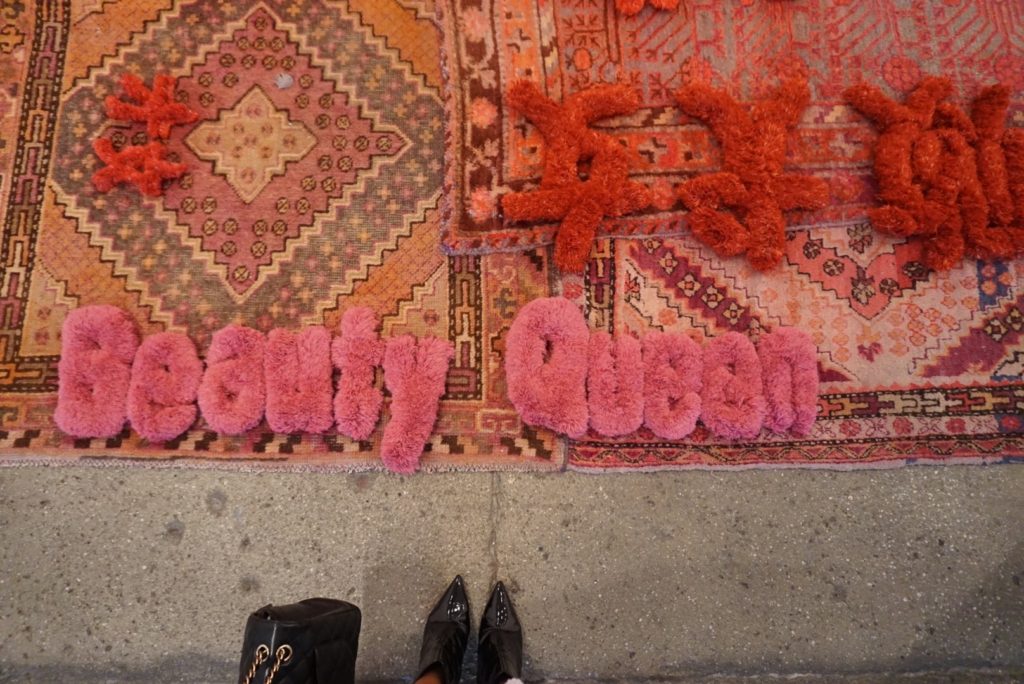 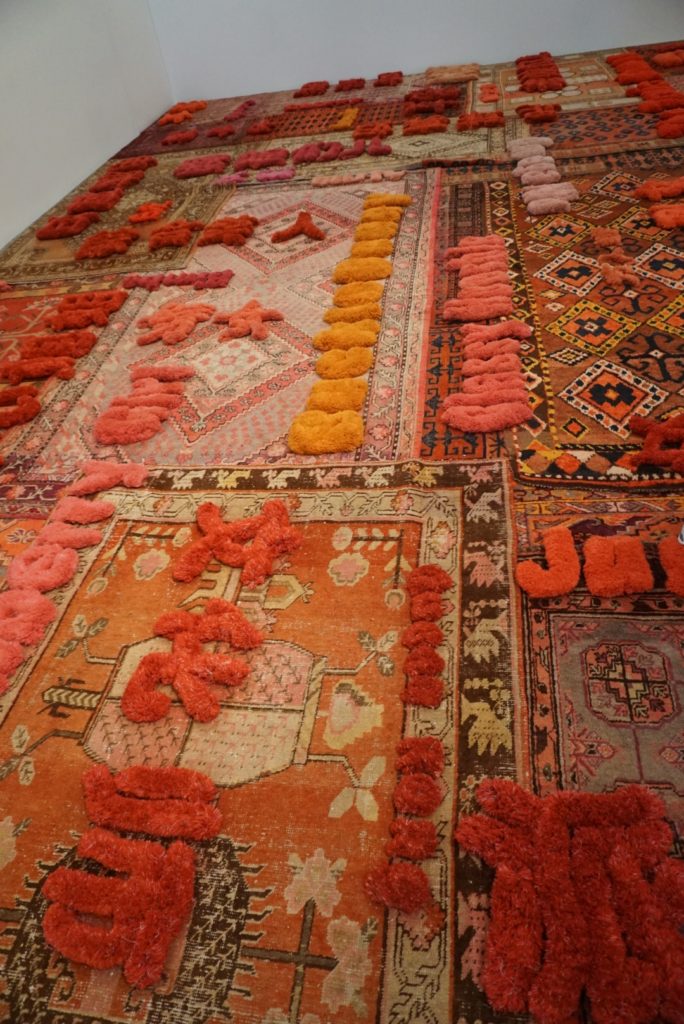 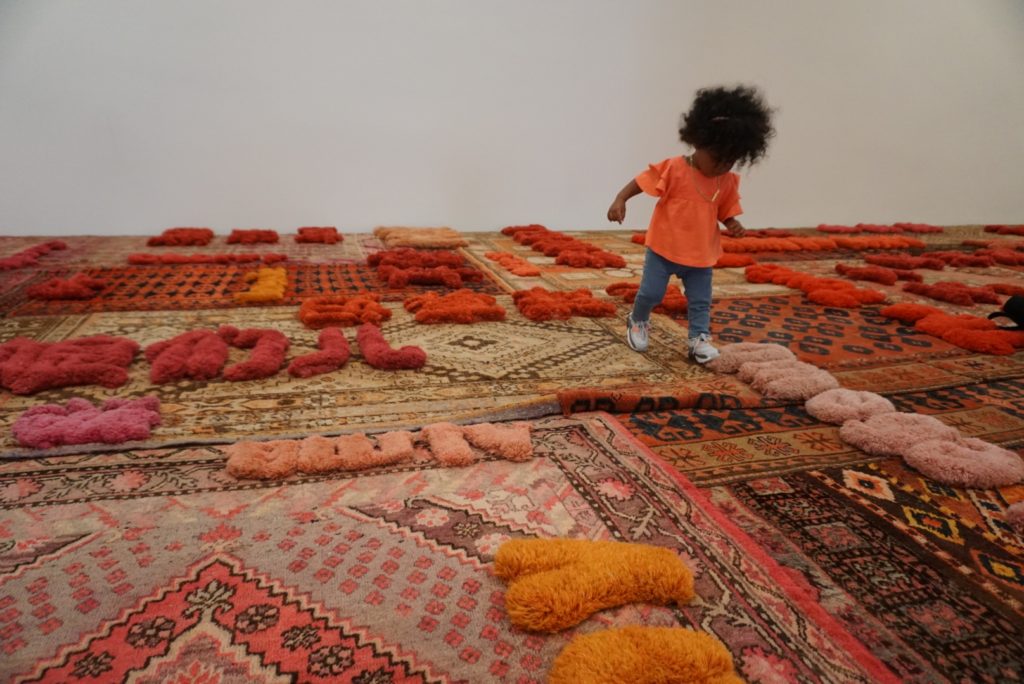 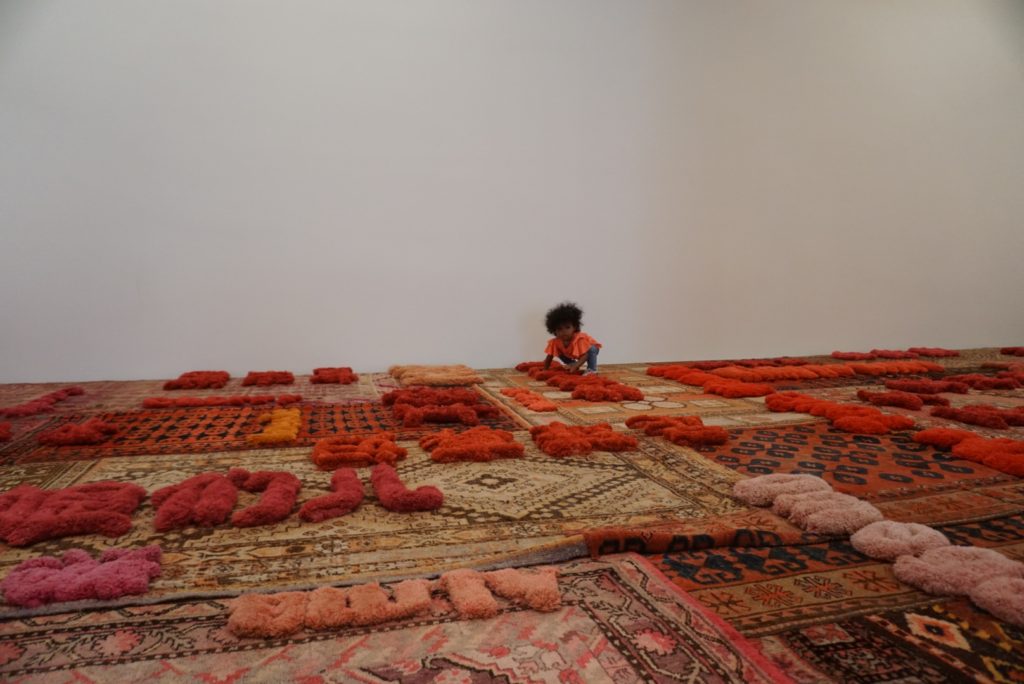 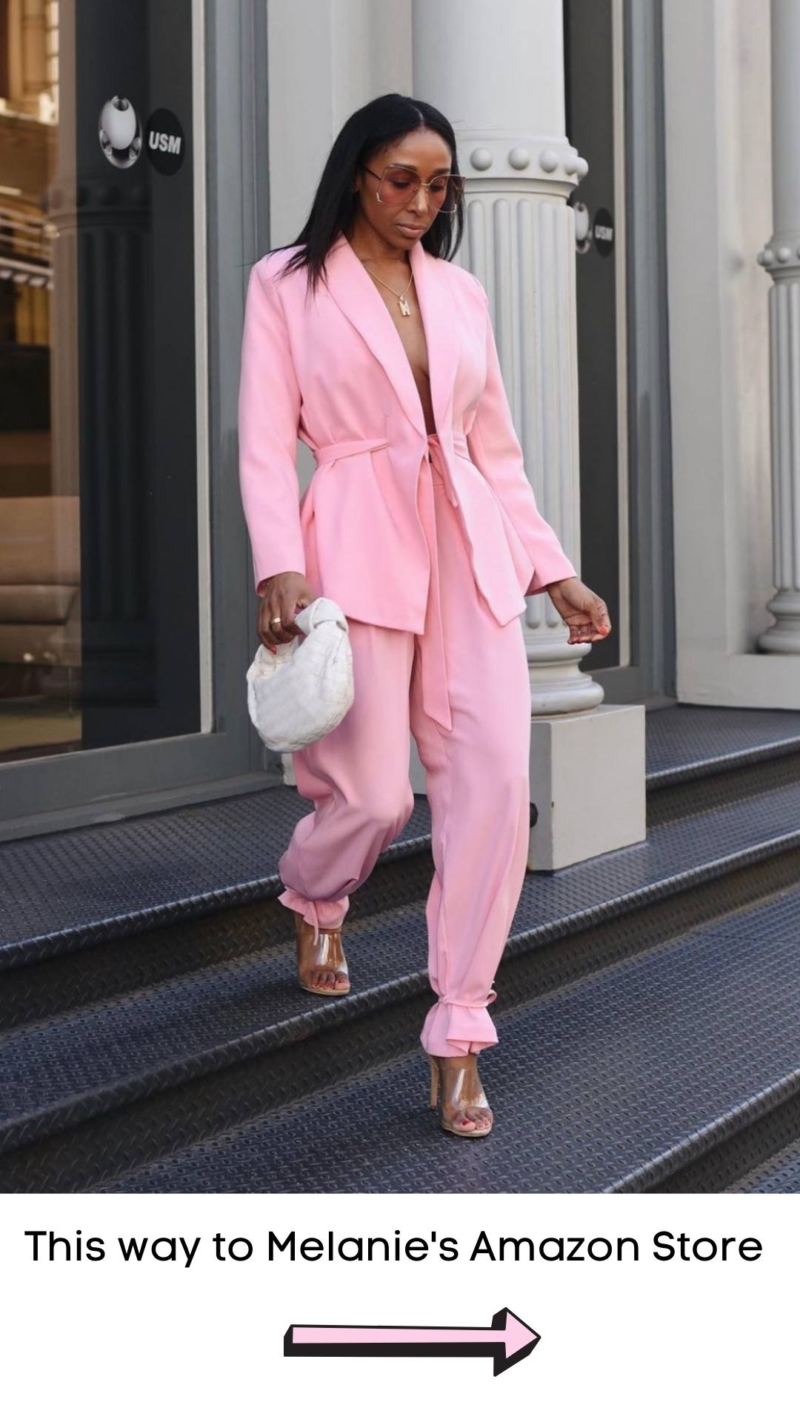